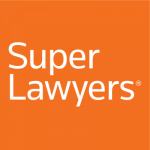 New Jersey Super Lawyers has added nine Skoloff & Wolfe lawyers to the Super Lawyers list and Rising Stars list for 2020. Super Lawyers rates outstanding lawyers from more than 70 practice areas who have attained a high degree of peer recognition and professional achievement. The selection process includes independent research, peer nominations and peer evaluations. Please note that no aspect of advertisements or any other accolade listed have been approved by the Supreme Court of New Jersey. Learn more about the standard methodology for each award listed.

For the tenth consecutive year, Jonathan Wolfe, has been named to the Super Lawyer list. Mr. Wolfe’s practice focus is on business litigation and matrimonial disputes. He represents leaders or the spouses of leaders from the finance, real estate, professional and entertainment/sports communities in complex matrimonial matters, including a focus on business valuations, private equity/hedge funds, treatment of trust assets in divorce and the protection of non-marital assets. Mr. Wolfe is also the Chair of the Family Law Section of the American Bar Association.

Kimber L. Gallo is again recognized by her peers by being chosen by Super Lawyers in 2020. Ms. Gallo was listed as a “New Jersey Rising Star” by Super Lawyers every year from 2009 through 2018. Ms. Gallo has been with the firm since 2006, and devotes her practice exclusively to the areas of family and matrimonial law. Her broad experience is zealously applied in representation of her clients, tending to each client’s unique needs while helping them navigate the entire process from start to finish.

As one of only four attorneys in New Jersey to have been qualified by the Supreme Court as both a Certified Civil trial attorney and a Certified Matrimonial Attorney, Patrick T. Collins, a recent addition to the firm, has again been chosen for inclusion by Super Lawyers, a string of appearances that began in 2005. Patrick has tried numerous cases in the State and Federal courts and in various arbitration settings. He has argued approximately one hundred appeals to the Superior Court, Appellate Division, and has appeared before the New Jersey Supreme Court on seven occasions. Patrick is attorney of record in sixteen published decisions, and has lectured on behalf of the New Jersey Institute for Continuing Education.

Super Lawyer, Richard H Singer Jr., has represented a broad spectrum of clients and has been involved in many complex financial disputes in the divorce context, including matters involving business owners, high-ranking executives of public and privately held companies, professional athletes and other celebrities. He is an authority on the preparation and enforceability of prenuptial agreements, and has successfully handled high-net worth divorces in Family Courts throughout New Jersey in addition to appearing before the Appellate Division and New Jersey Supreme Court. He is a Past President of the American Academy of Matrimonial Lawyers (AAML), New Jersey Chapter.

Betsy W. Bresnick has been named by Super Lawyers for the sixth consecutive year. She represents individuals and businesses in many different areas of law with a focus on family law, transactional matters, and civil litigation. Ms. Bresnick handles all aspects of family law, including child custody, equitable distribution and alimony, protection of non-marital assets, and the preparation and litigation concerning prenuptial agreements. Her skills range from amicable dispute resolution to trial, through appeal.

Rising stars must be 40-years-old or younger or have been practicing for less than 10 years. Like Super Lawyers, Rising Stars is also based upon peer recognition and professional achievement, with winners representing the top 2.5 percent of up-and-coming lawyers in the State of New Jersey. Please note that no aspect of advertisements or any other accolade listed have been approved by the Supreme Court of New Jersey. Learn more about the standard methodology for each award listed.

Allison P. Berecz is admitted in both New Jersey and New York and serves as a member of the Family Law Sections of both the New Jersey State and New York State Bar Associations. Named to the New Jersey Rising Star list, she has devoted her career to the practice of family and matrimonial law. She has experience in all areas of the practice, including difficult custody issues and complex financial matters concerning division of assets and support.

Named to the New Jersey Rising Star list, Thomas J. DeCataldo Jr. has dedicated his practice exclusively to the area of family law since his graduation from law school. He served as a law clerk to the Honorable Thomas M. McCormack J.S.C., Superior Court of New Jersey, Chancery Division, Family Part, in Essex County. In his career he has been widely published and is a frequent speaker on the consequences and legal issues surrounding divorce and other family law matters. He is an active member of various professional and bar associations and sits on several committees and boards.

Looking for an Experienced Divorce Attorney in NJ?