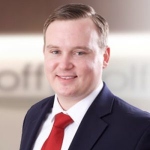 Thomas DeCataldo, a partner in Skoloff & Wolfe’s matrimonial department, was recently designated to represent the New Jersey State Bar Association’s Family Law Executive Committee as a co-author to an amicus submission filed with the Supreme Court of New Jersey in the published decision of S.C. v. New Jersey Department of Children and Families.

The NJSBA asked the Supreme Court of New Jersey to require that DCF eliminate the finding of ‘not established,’ when investigating allegations of child abuse, arguing that the standard, which only requires ‘some evidence of abuse and neglect,’ but falls short of requiring further involvement of the Division, is too amorphous and leads to arbitrary results because there is no objective or measurable standard to differentiate between findings of ‘not established’ and ‘unfounded.’ The NJSBA also expressed concern that a ‘not established’ finding could tarnish a person’s reputation, or have a prejudicial impact on parties to child custody disputes.

The Court agreed that the standard for making findings of ‘not established’ is vague, amorphous and incapable of any objective calibration, and that it has led to shortcomings in fairness for parents and guardians involved in investigations. Although the Court declined to eliminate the classification entirely for procedural reasons, it instructed the Division to clarify the standard and ensure future findings are backed by credible evidence. A copy of the Court’s May 27, 2020 opinion is available here.

The family law attorneys at Skoloff & Wolfe have decades of combined experience navigating the always evolving factual, expert and legal issues involving children in divorce. Contact us today with your child custody questions.

Law Firm Skoloff & Wolfe Celebrates Their Team at The Highlawn